Navratri Essay 2021 in Hindi – Essay on Navratri in English 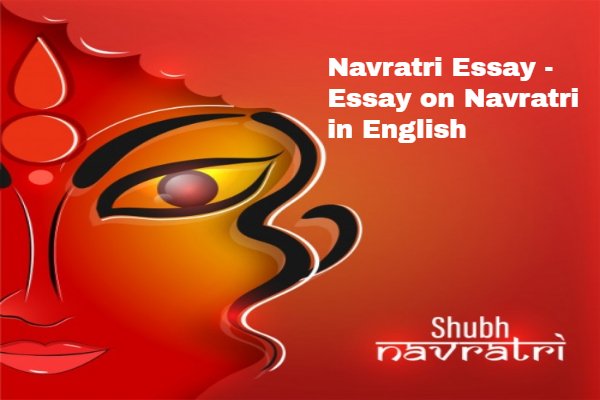 Chaitra Navratri 2021: India is a country of many different civilizations. People of many religions and castes live here and follow their own customs. India is a Hindu-dominated country, where, according to Hinduism, people of different tribes celebrate different festivals in every state of the country. Of these, one of the Hindu festivals is the festival of Navratri.

Navratri is the festival, which is devoted to the worship of Goddess Shakti. It is the celebration for nine-day, during these nine days, people worship and pray to Goddess Shakti. Navratri has special significance in Hindu Religion and one of the most awaited festivals across the country. Even before the start of this festival, we can see the excitement and joy of the occasion. These days people are engrossed in the devotion of faith and perform their aarti and bhajan. On the day of Ashtami or Navami, 9 girls are treated as mothers, they eat them and tilak and touch their feet.

When is Navratri Celebrated ?

Hindu Festivals are occurred according to Hindi Panchaang. The Tithi and Time have also decided accordingly to it. Navratri comes four times a year – in Hindi month of Chaitra, Ashadh, Ashwin and Paush and its grandeur lasts for nine days

Navratri 2020 date: This year in 2020 this auspicious festival is started from 25th March on the day of Gudi Padwa and last on April 2 on the day of Navami.

Why Is Navratri Celebrated ?

The festival of Navratri is celebrated in honor of Goddess Durga, who is considered to be the true manifestations of power. This festival symbolizes the victory of good over evil. In the eastern and northeastern states of the country, it is known as Durga Puja and it is believed that on this day the Goddess with 10 arms killed a demon named Mahisasura and established this happiness and justice, by saving the world from torture, evil and tyranny.

How often does Navratri occur in a year

Chaitra or Vasant Nav Durga: It is celebrated in the month of Chaitra which is the first month of hindivarsh and in the month of March according to the English calendar. By this time winters are gone and spring is a pleasant season.

Ashada Navaratri: Also known with the name of Gayatri Navratri, these occasions occurred in the month of June or July.

Sharad Navaratri: These days comes in the Hindi month Ashwini, and English Month October and November.

In this period, the idol of the Goddess is situated in many places. This has special significance in Bengal. Durgashtami is celebrated with great pomp in the state of Bengal on the 8th day. The 10th day is celebrated as Vijay Dashami or Vijay Dussehra across the country. On this day Lord Rama killed Ravana. Thus, this day symbolizes good over evil.

Paush Navratri: As it is known by name, These days comes in the Hindi month Paush, and English Month December or January.

The nine forms of Goddess and her chanting mantra 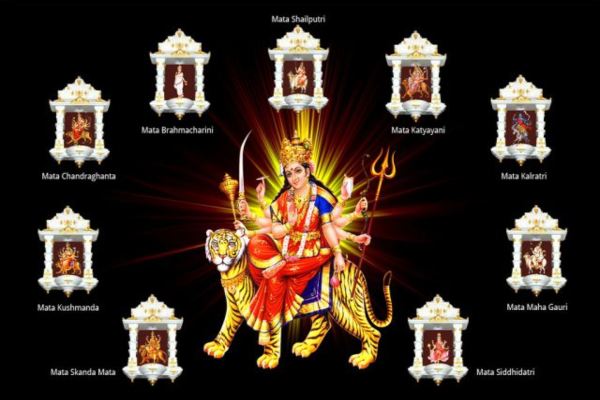 The nine forms of Goddess and her chanting mantra

The Nine days of Navratri are devoted to the Nine Incarnation of Goddess Durga, Lakshmi & Saraswati.