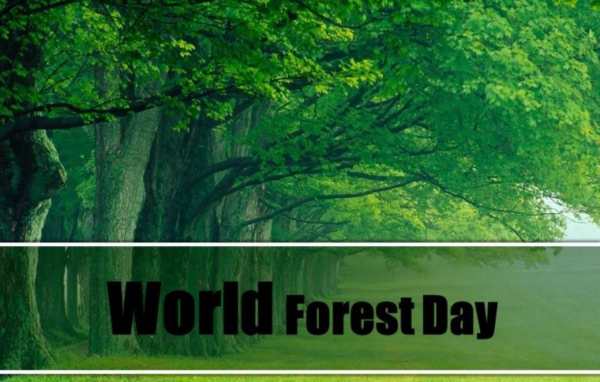 World Forestry Day or International Day of Forests is celebrated worldwide every year on 21st of March at the international level in order to increase the public awareness among communities about the values, significance and contributions of the forests to balance the life cycle on the earth.

World forestry day 2020 will be celebrated on 21st of March, at Thursday.

The World Forestry Day was established in the year 1971 at the 23rd General Assembly of European Confederation of Agriculture. And it was decided to be celebrated as an annual event celebration on 21st of March by the United Nations Food and Agriculture Organization.

World Forestry Day was established in the Conference of States members of Food and Agriculture Organization by voting to establish it. This event was originated in well planned manner to give support in contributing towards the public awareness about the importance of the forests.

International Day of Forests was first established in the year 2012 on 28th of November to be celebrated on 21st of March every year by the decision of the United Nations General Assembly by uniting the two international commemorations; the World Forestry Day and Forest Day.

Like other branches of the agriculture, forestry is also an important field which requires the public attention to be taken. It is very necessary for the common public to understand the forest value in our daily lives as a raw material source, local employment source as well as the national income source.

Forests plays great role in gathering and releasing the water on the earth and maintain the flora and fauna habitat balance. Forests are the natural beauty on the earth which is very necessary to be conserved to go everything in balance.

Forests are very essential part of the life on Earth. They always fulfill the demands of the human beings by providing shadow, shelter, refreshment including clean air and water. In the modern world of growing global population increases the demands of forest products so the forests are at big risks of deforestation and degradation.

Forests are the complex living community of the trees which provides home and shelter to a big range of animals and the soil beneath it inhabit the variety of invertebrates, fungi and bacteria playing significant role in balancing the nutrients cycle in the soil and forest.

World forestry day celebration provides a big opportunity to all the people to learn more about their contributions in maintaining the well-being of people. During this event celebration people share their views and ideas by working together to incorporate the forests into future climate change strategies.

According to the resources it has been noted that there is an annual loss of around 13 million hectares or 32 million acres of the forests by the people. Loss of the forests enhances the loss of inhabitant animal species to the forest. Deforestation imbalances the balance of natural climate which lead to the global warming by increasing the CO2 and decreasing the O2 percentage all across the world.

Almost 30% of the total land worldwide is occupied by the forests containing over 60,000 tree species which are ultimately the great resources of the food, fuel, fodder, essential oils, resins, latex, gums, medicines, fiber, water, woods for the population of around 1.6 billion poorest people of the world.

World forestry day is celebrated every year by visiting the local forests in order to learn more about their contributions towards the well-being of people. The countries which are the forest-rich (occupying almost 2/3 of total forested area) includes Canada, the Russian Federation, Brazil, the United States, Democratic Republic of Congo, Australia, Indonesia, China, Peru and India.

Almost 1/3rd of all the forests are considered as the primary forests where no any human activities are seen and the ecological processes are balanced. Around 6 million hectares of the forests are getting lost due to deforestation on annual basis.

During the event celebration the tree plantation campaign is encouraged among the common people through many activities. People are the main target of this campaign to get aware about the serious imbalance of food production and population explosion day by day including the contribution of forests in their lives. They get motivated towards the plantation in the nearby areas as well as stop the deforestation. 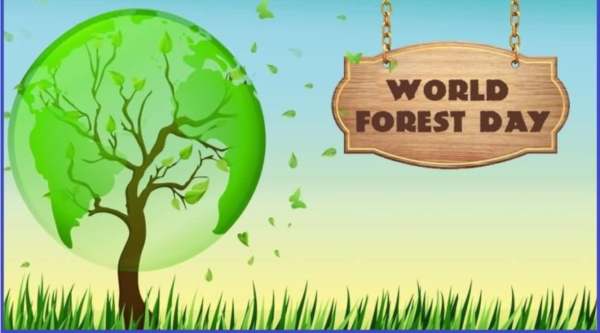 There are lots of Forests situated in almost many Countries, and they are used to provide many types of Goods for the Welfare of the people.

World Forestry Day was celebrated in the year 1971 as it was established at 23rd Assembly of General for the Confederation European for Agriculture.

World Forestry Day was decided to celebrate the annual event on 21st March by the United Nations for Agriculture and Food Organization. It was observed to make the people aware about the forests Importance.

Forests are used to provide the people of many Countries with lots of Goods and Services to them for fulfilling their Requirements.

World Forestry Day established by the States Member of Conference of the Agriculture and Food organization with the help of the voting for creating it.

There are many types of Forests which provide many kinds of different goods like Wood, Fruits, Vegetables, Coconut, and many more things for their survival.

It is used to make the people carry out many types of tasks by which they can earn their profit from the Forests.

Today, there are many Forests which are being cut by the people in many countries for their need. Forests are likely to be created by God to get the people every right they required.

People are usually used to know the variety of products to make their requirement to be fulfilled by lots of goods to be purchased by them.

It is very easy for people to get those things from the environment by which they can be able to consume and live a better life.

Forests are likely to be made to handle and manage the life of the people to provide everything for the welfare of the citizens.

People Nowadays are used to cutting many trees which are used to provide food for the Country and are used to gather many things to develop their activities.

Forests are used to develop an excellent infrastructure for the people by the people to get every kind of activity with possible ideas and plans to carry out many tasks.

Like many Branches of the Agriculture, Forest is very necessary and essential for the people who require the attention of many different people as well as the Government.

Every people should understand the value of the Forests in everyone’s life and they should act according to the laws of the Government.

For Releasing and Gathering the Water of the Earth and maintaining the Fauna and Flora Balance of the Habitat.

It is used to make the people know the perfect things in the Country. People are reluctant to capture all the words by which they get every profit from it.

They are a vital part of every country. That is used to provide everything to the people by fulfilling their dreams of providing them Food, Water, Shelter, Shadow, Refreshment including Water and Clean Air.

Due to the growth in the population of the people, there are lots of people who require the Forests to fulfill their dreams by which there is an increasing demand for the Forests. It results in Deforestation and Degradation of the Forest.

Forest is made up of lots of trees which are in a huge quantity and has much of the qualitative trees which enable the people to get every kind of requirements to be fulfilled by them.

Forest is used to making the people get every Shelter for their Living. They are also used to get the Shelter to those animals which require everything to save their life from dangerous animals.

In the Forests, many Livings are being which resides to get them shelter to live without any problem with the wild animals.

World Forestry Day is celebrated world over to highlight the contribution of forests in not only supporting livelihoods of millions but also the unique role they play in supporting our climate. Not surprisingly, they are referred to as the lungs of the world.

March 21st, the autumnal equinox in the Southern Hemisphere, and the vernal equinox in the Northern, was chosen as the day which is now celebrated as World Forestry Day. Forestry needs to be valued and forests need to protected, preserved and used sustainably. Production, protection and recreation are the three key areas of forestry.

Forests are an important source of raw materials. In addition, the world’s forests store enormous amounts of carbon which helps to mitigate climate change.

As per the Millennium Development Goals 2011 report, Asia and Europe shows 2.2 and 0.9 million hectares of net gain in forest cover respectively in 2000-2010 while Africa has no change in net gain of forested area. On the other side, Africa lost 4.1 and 3.4 million hectares of forest cover in between 1990-2000 and 2000-2010 respectively. Comparatively Asia shows less loss in forest cover which is 0.6 million hectares in between 1990-2000 but it is significant as compared to the existing forest cover. Most of the forest loss is still occurring in countries in the tropics, while the net gain is mostly found in countries in the temperate and boreal zones. Considering the importance of forests, the United Nations General Assembly designated 2011 as the International Year of Forests to raise awareness of sustainable management, conservation and development of all types of forests UN adopted ‘Forests for People’ was the theme for the Year 2011. It shows the dynamic relationship between forests and the people who depend on them.