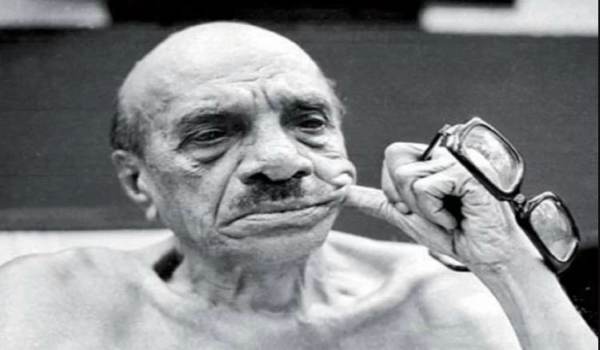 Vaikom Muhammad Basheer is regarded as one of the prominent literary figures ever existed in india. He was a legend in Kerala.

He was one of those outspoken figures who revolutionized Malayalam Literature, and Thus the World Literature itself with his dauntless sarcasm, satire, and black humor.

Often referred to as the Beypore Sultan (the king of Beypore) by the colleagues, he was one of the prominent figures behind the artistical, economical, and social reformation of the Kerala Culture.

His novel Shabdangal (The Voices) was once banned due to its echo that cyclonized a once feudalistic society.

He is also regarded as the translators nightmare. This is mainly because of the colloquial touch he added to his writings, which ethnically speaking would lose its humor and meaning when translated to other languages.

He was the sufi among the writers and and the greatest exponent of Gandhian Thought.

He was awarded with Padma Sri in 1982 for his overall contributions to nation as a freedom fighter, writer, and as a political activist.